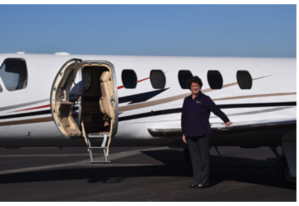 Since 2005, every issue of American Spirit, the magazine of the Daughters of the American Revolution, has had my byline in it. I’ve been so lucky to have written every single Today’s Daughters profile, since the section was first created all those years ago. It’s always a profile of a current member of the DAR,  and, oh my goodness, are these not some of the most amazing human beings I’ve ever come across. In other words, this is not your grandma’s DAR.

For the March/April issue, I interviewed Bethney Seifert, who is both a nurse and a transportation coordinator for an airline that specializes in organ transplants. That interview ended after about 40 minutes, but I seriously could have talked to her for hours, if not days, that’s how captivated I was by her job and the seemingly endless string of challenges that accompany in it. Like that time she had an airplane landing in Las Vegas at the exact time at that horrific mass shooting on the strip. Or that time she had a heart in North Carolina for a sick child in California, and problem-solved until she figured out a way to unite the two.